As an adult, I wanted to experiemnt with FM. I found a site about Low-Tech FM and started playing around. I came up with a really simple design, made a Youtube video of it linking to the schematic, and basically left it alone. This was around Dec 2012. A couple of years later, a random internet person (named Cyril) contacted me via email. We exchanged a few messages, and he said he though it was one of the best regenerative FM receivers he's tried. I don't know if it's that great.


Here is a Youtube video. I am using an IC audio amp I got as a kit, but the FM reception is being performed by a single transistor. 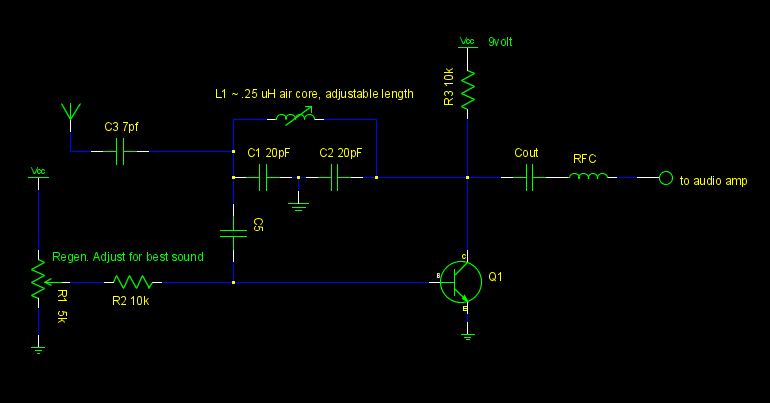 I was using an NTE108 as the transistor. Cyril suggested a MPSH10, and after trying that, I agree, it's as good maybe even better.